Nearly 170 people paddle for a cancer-free future for children

It is with great enthusiasm and good humor that nearly 170 people will participate, over the next three days, in the 9th edition of the Circuit bleu Charles-Bruneau presented by Pelican. The participants will cover various distances on the water, in kayaks or paddleboards, alone or in relays. Loyal allies of the Foundation and outdoor enthusiasts are thus gathered today to launch the 2022 edition. The event is renewed with new courses and a new place of arrival where the closing ceremony will take place on Sunday afternoon, the Parc Saint-Laurent in Repentigny.

During Childhood Cancer Awareness Month, it is important to remember the importance of raising funds to advance research. Every dollar raised is a ray of hope for the 2,000 children with cancer each year in Quebec. With the latest commitments announced by the Charles-Bruneau Foundation, the sums granted for research will total $55 million since its creation, which has enabled significant progress to be made. However, much remains to be done to improve the quality of life of children in remission and cure the 20% of children whose cancer is resistant to treatment. 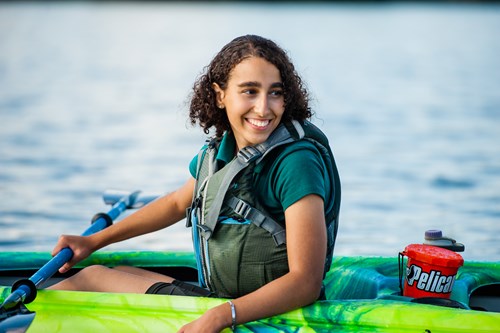 This is what motivated Rania El Ghayour, Sunday's heroine, who will paddle alongside the participants. The 18-year-old was diagnosed with stage 3 Hodgkin lymphoma in April 2017. She then relapsed six months after her initial remission. Now in remission for three years, she not only agreed to talk about her story, she also decided to attend the event. "My cancer has not killed me yet, but it has strengthened me and made me more optimistic than I have ever been. One of my biggest dreams is to give back to the foundations that helped me so much during my illness, that saved my life, foundations like the Charles-Bruneau Foundation, that are working towards a future without cancer," she said. 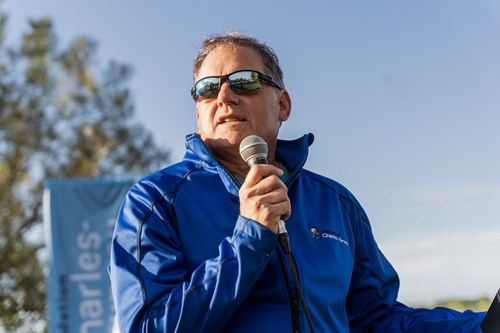 "What a pleasure it is to participate once again in the Circuit bleu Charles-Bruneau! Many new participants are joining us this year to paddle for a childhood without cancer. We are all looking forward to meeting the young heroes and heroines who will be present to remind us of the importance of raising funds to pursue our important mission," said Paul Doucet, proud spokesperson for the Foundation.

This 9th edition is presented by Pelican, a loyal partner of the event. In fact, 53 members of the Pelican team will be paddling this year at the Circuit bleu Charles-Bruneau. Paul Doucet, spokesperson for the Foundation and actor, as well as Mylène Paquette, godmother of the event, adventurer and speaker, will be present on site. They will also be accompanied by Émilie Fournel, the event's ambassador and a Canadian Olympian in canoeing.

See all the news

Please stay on this page during payment.